The shetland pony championship took place in Lysá nad Labem on 22nd September. I sent up two yearlings, Plamp Penny and Plamp Jemima. I was really curious how would Jemima end up because it was her first show. My friends mare was supposed to go with us. We showered and polished the ponies and put them into a box for the Satruday night. I almost fainted in the morning because Jemima limped. The mares must have hustled. I called a vet and only Penny went to the show.

The show was very neat. I loved seeing breeders and my friends again. Penny got second in the one and two years old class. Kadov Azalea won the class and the whole championship later on too. The weather was very nice. We loved to take part. Thanks to organizators for a nice show. 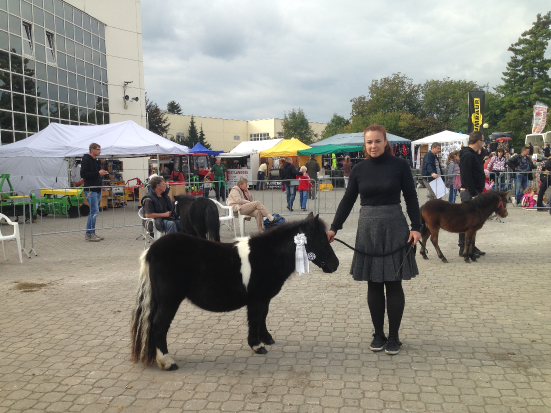 Member
of The Shetland Pony
Stud-Book Society
Cookies + GDPR
National Championship in Lysá nad Labem and partners need your consent to the use of individual data so that they can, among other things, show you information about your interests. Click on the "OK" box to give your consent.
Privacy